Uses for Blockchain in the Real World 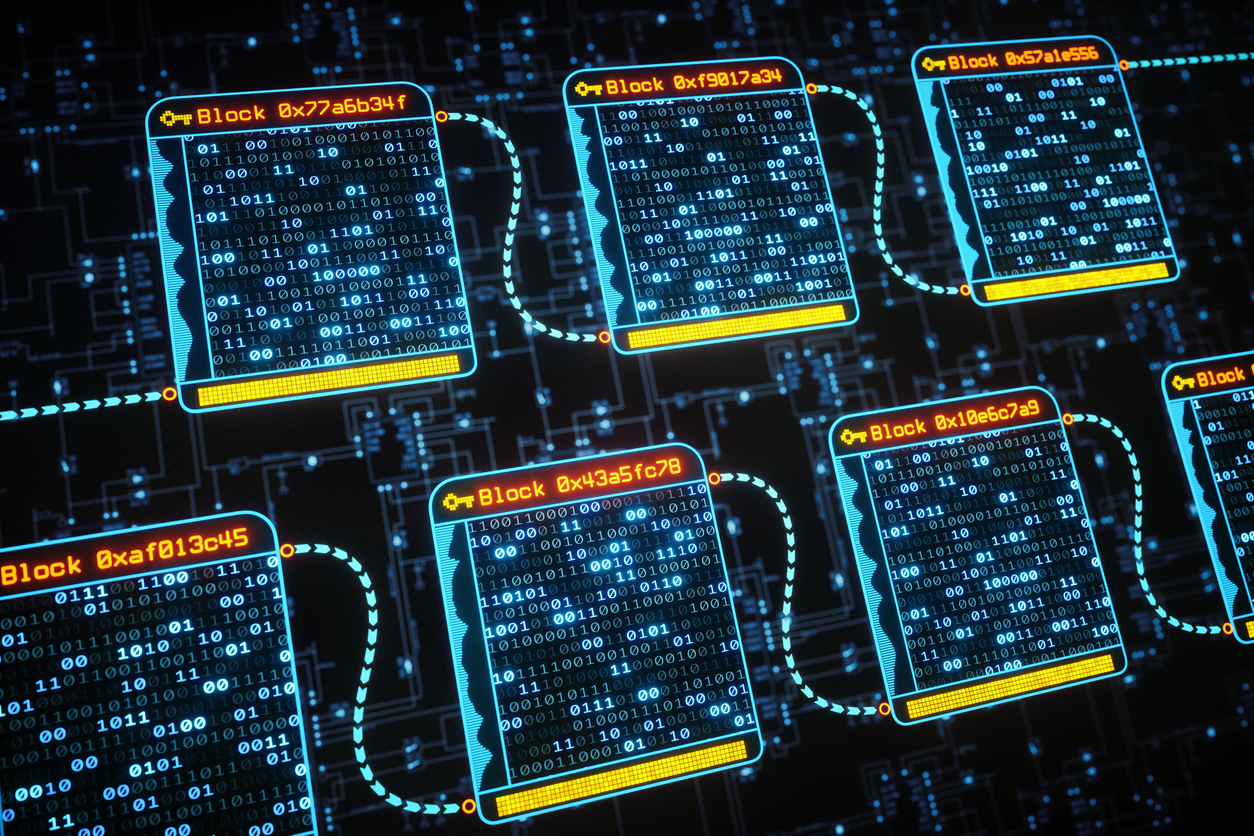 When you hear about blockchain tech, you’re probably hearing about Bitcoin and other cryptocurrencies. That is what the technology was invented for, but it’s grown to many other use cases. It’s a way of establishing trust between people and organizations who may not know each other. It lets people create records that are authenticated, unalterable, and irrevocable. “Smart contracts” let actions happen automatically when certain conditions are satisfied. This kind of trust enables forms of cooperation that weren’t possible before.

Using a blockchain to establish who you are may seem to go against the spirit of the technology. It was designed to let people trust you without having to know anything about you. Using it for this purpose has raised some controversy, but establishing a real-world identity opens up many uses. One approach is to combine it with public-key signing.

Once you’ve established that a public key is yours, you can add any number of signed records to the chain, each one confirming your identity in a context. It could, for example, tell the world that your Facebook, Twitter, and Instagram accounts all belong to you.

Blockchain records are irrevocable, and that might raise concerns. If your account is hijacked, you can’t remove the record saying it’s yours. You don’t need to, though. An identity system can support revocation records. If you no longer want to claim your Instagram account, an identity management blockchain will let you issue a revocation. The identity record will still exist, but the revocation will have a later timestamp, so software checking them will know you no longer claim the account.

Some people have expressed privacy concerns about identity verification, but as long as it’s voluntary, that shouldn’t be an issue. Many applications depend on knowing who is behind a digital signature; the anonymity of Bitcoin is just one use case that prefers anonymity.

Once you can use blockchains to verify an identity, you can use it to authenticate documents. A digitally signed document can’t be tampered with, and its timestamp can’t be altered. These features are a better proof than the signatures of witnesses to a paper document. Printed materials can be changed, and witnesses are often total strangers who don’t give a thought to what they’re attesting.

A blockchain can’t establish your real-world identity by itself. It needs some way to connect a digital signature to a person. This requires an initial trusted source, such as an agency that has established its blockchain identity by regular public use. It can then act as a blockchain notary to authenticate personal keys. It’s only necessary to do that once, after which the key’s owner can use it repeatedly.

Blockchains shouldn’t hold large records, since they’re intended to serve a lot of participants and never lose information. They can grow huge. The blockchain record doesn’t have to hold the document itself, only a pointer to it and its digital signature.

People’s medical records tend to be scattered among multiple healthcare providers over the years. Privacy laws like HIPAA protect patients from unauthorized disclosure but can make it painful to get records for legitimate purposes. Many startup companies are looking at blockchains to unify people’s healthcare records.

The actual records can’t be stored on the blockchain, for privacy reasons. Providers will create a reference on the blockchain to a securely stored document. The patient will control access, granting it to providers or insurance companies as necessary.

A legal framework is necessary to establish the right to enter and control information, but this is one of the most promising blockchain applications. It will work only if healthcare providers provide interoperable records, so in the end there will probably be just a few blockchains. If there’s more than one, a standard way to move information from one blockchain to another will be a necessity.

Establishing the provenance of a product and the authenticity of its components is a big problem in business. A supplier can cheat and ship inferior parts. But what if you could get every participant in the supply chain to sign off in an authenticated way? It would take quite a bit of collusion to hide the gaps.

Blockchains are an excellent fit for this requirement, and major companies are putting the technology to use. It requires the participation of all the suppliers to work well, including small ones without a lot of technical prowess. This means the user interface has to be simple enough for anyone to use.

Supply chain management improves accountability. If a final product has a defective part, the manufacturer or a consumer agency can trace its origin. Suppliers will need to stay on their toes and not make too many mistakes.

Smart contracts initiate transactions automatically when certain conditions are met. They can work from data within the blockchain as well as external sources. A smart contract can trigger a payment on a monthly basis or when it receives a signed and authenticated request. It can require requests from multiple parties before it carries out the payment.

This can be especially useful for international payments. Sending money from one country to another by wire transfer requires annoying fees, and other methods are slow. A blockchain transfer can use a cryptocurrency as a short-term exchange medium, immediately converting between it and the national currency at both ends. It’s exactly like a traditional payment, except that it happens automatically and instantly and costs very little.

When a business arrangement terminates, the participants can revoke the smart contract. This may trigger final actions, such as the release of a security deposit. It’s all automatic, and no one can change the terms.

Secret ballots are an especially interesting case for blockchain tech. They require both authentication and anonymity. A voting system needs to establish who you are in real life, or at least that you hold an account on a platform. Governmental elections will probably be the last to adopt blockchains; they aren’t the right place for experimentation. But organizations that can’t get all their members in one place to vote could find they’re a useful mechanism.

The key here is the use of tokens. A token is a one-time authorization given to a person, indistinguishable from other tokens in its class. If that sounds a lot like a Bitcoin, it is. The difference is that you can’t give your token to anyone else; you can “spend” it only by casting a vote. The vote is an entirely anonymous record.

As with other applications, once a vote goes into the blockchain, it can’t be erased or changed. As long as accounts are securely managed, no one can impersonate anyone else.

People are thinking every day of new blockchain use cases. There are technical and legal challenges to deal with, and people have to get used to the idea. Some attempts will succeed and others will fall flat. We’re already seeing, though, that the use cases are real, and major businesses are adopting them. Blockchain isn’t just Bitcoin, by any means.